With the World cup a few months away, let’s have a look at football fields in the most scenic locations. Playing or watching the beautiful game in one of these breathtaking locations is an experience that needs a place on your bucket list. Don’t worry if you’re blown away by these aesthetic masterpieces and you’re unable to concentrate on the events on the pitch- we’ve all been there!

This is by far one of the most beautiful football pitches I’ve ever seen. Nestled amongst majestic mountain peaks, pristine beaches, the enchanting Norwegian sea and sheltered land, this stadium is extraordinary – and by extraordinary, I mean out of this world. Be sure not to play in goal in this windswept wonder.

Surrounded by thousands of beautiful evergreen trees, this Forest Pitch is a sight to behold (but a nightmare for groundsmen during fall). You do have to wonder how many balls have been lost in the woods over the years. Contrary to popular belief, this football field is not in the middle of nowhere, it’s literally just 20 minutes from the Centre of Moscow.

This one is no doubt up there as one of the most stunning football fields on earth. Playing footie surrounded by clear blue water, white angelic sand and huge palm trees is an offer very few can refuse.

Adidas Futsal Park is another gem seating on the rooftop of a department store – the last place you’d think to find a football pitch. This fascinating location means you are also treated to amazing views of bustling Tokyo and Shibuya Crossing, one of the busiest intersections in the world.

The Float at Marina Bay, Singapore

Located on the serene Marina Bay, The Float is the largest floating pitch in the world. It was built in 2007 to serve as a multi-sport venue making it the perfect pitch for not only night football under the magical lights but also ideal for concerts and other events. The pitch rests on the charming deep blue water with a stand a few metres away on land.

With the snowcapped Qimmeertaajaliip Qaqqartivaa mountain and beautiful blue water in the background, Tasiilaq Stadium is one of the most scenic pitches in the world. Since the area is volcanic, the field is the largest flat piece of land in the area despite just being 90 by 65 metres.

HNK Trogir is the Croatian football club that has the enviable privilege of playing its home matches here. Hiding away at the west end of the UNESCO Heritage-listed Island, this stadium has a 15th-century fortress, Kamerlengo behind its south goal and a solitaire tower behind the north goal. Typically, the stands and changing rooms are created in the west but here you find the sea just 10 meters away from the west side.

Imagine playing a game of football on a black sand beach overlooking the sea and its huge floating icebergs with whales occasionally coming up, truly the stuff of dreams. The stadium is home to G-44 Qeqertarsuaq who play their football in the top flight of The Greenlandic Football Championship. 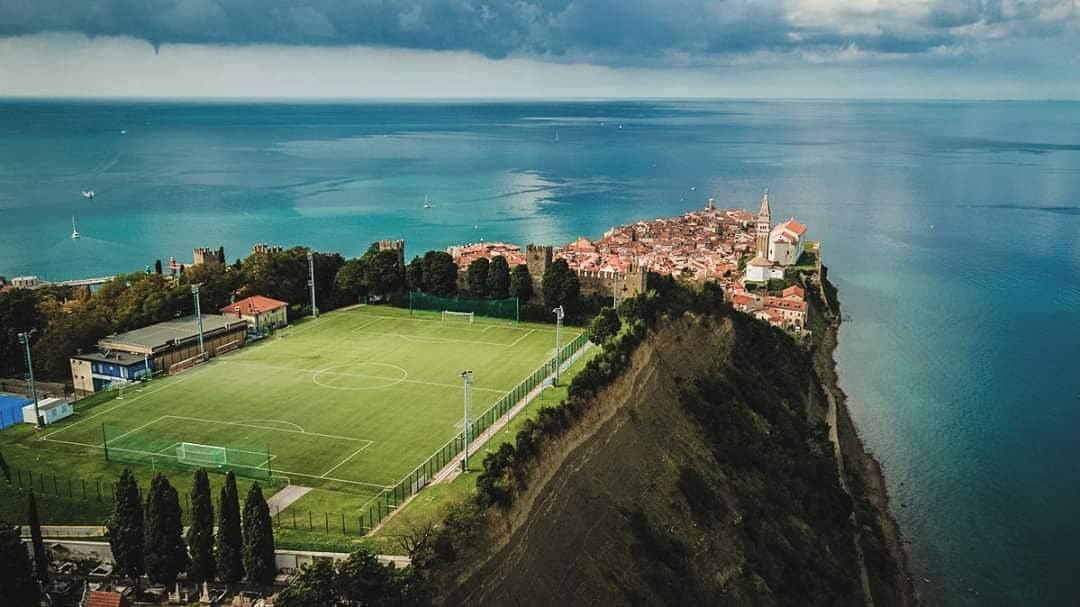 Perched on the edge of a rock overlooking the untroubled water of the Adriatic Sea, Stadion Pod Obzidjem which means the Stadium below the wall is home to the local club NK Portoroz Piran. Bring about 50 balls if you intended to play a full game of football as often balls tend to fall over the edge.

Formerly the home of EB/Streymur, this stadium is perched next to the North Atlantic Ocean. Though the football club relocated due to the strong sea waves the stadium is now one of the most sort after camping locations for adventure lovers. 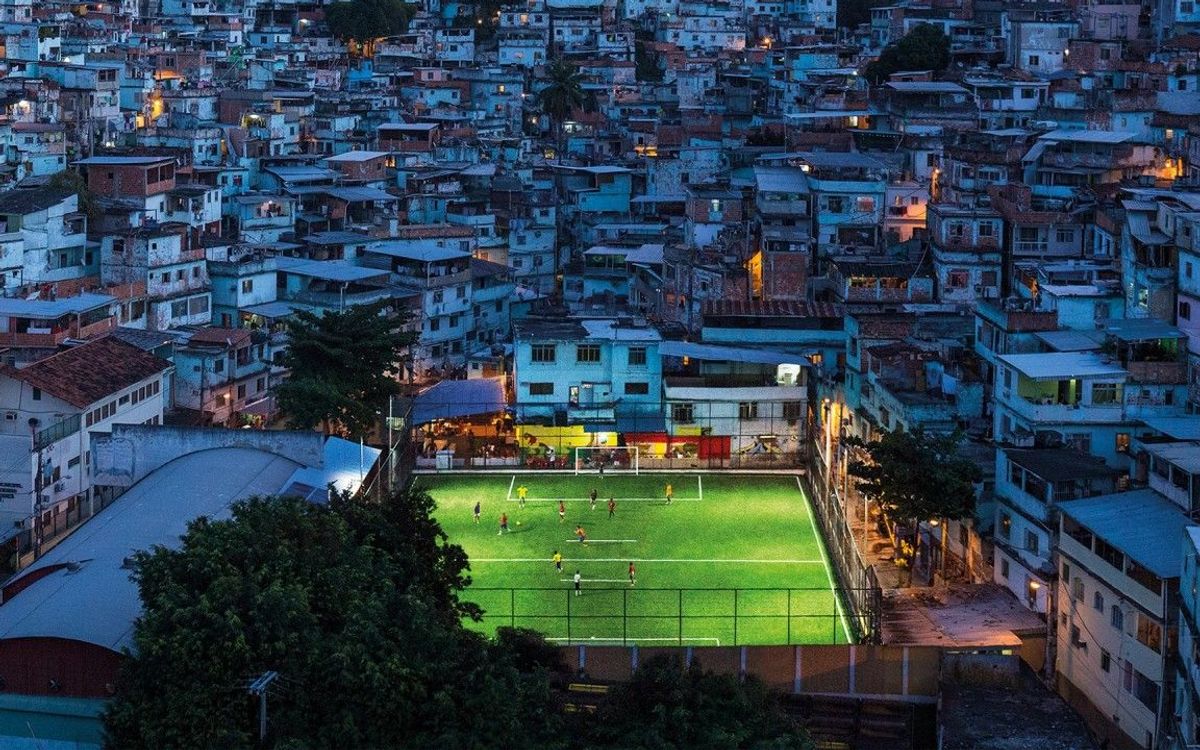 What did we do to deserve such an amazing pitch, a South American football field paradise if ever there was one. This picture-perfect pitch converts football player’s kinetic energy into electricity to power the favela.

Situated about 2,000 metres above sea level, it’s said to be one of the highest pitches in the world so be sure to do some high-altitude training before having a kickabout here. Seeing that it’s in between the Swiss alps, there wasn’t a patch flat enough to hold a normal sized pitch so the pitch is well suited for 5 aside teams.

Made purely for an Audi commercial in 2016, playing footie on this pitch has slowly climbed high on many people’s bucket lists.  A lush green football pitch found unexpectedly in the middle of the Al Hajar mountains – an aesthetic masterpiece.