London has always been praised as one of the best places to visit in the world during Christmas. Its streets and shops are adorned with the most magical decorations and stunning twinkling lights that are guaranteed to ignite the Christmas spirit in you. Listed below are the best places to see Christmas decorations in London and currently the most instagrammable places in London.

An amazing 250m shopping street in Soho in the City of Westminster, Central London. The nearest tube station is Oxford Circus.

An impressive shopping street situated at the heart of London’s West End. The most convenient Tube stations for those wishing to visit Regent Street are Picadilly Circus and Oxford Circus.

A bustling shopping and entertainment hub in London’s West End between St Martin’s Lane and Drury Lane. Covent Garden is located on the Piccadilly line, which can be accessed from the majority of major Underground stations.

Oxford Street is a famous shopping street in the City of Westminster in the West End of London, that runs from Tottenham Court Road to Marble Arch via Oxford Circus. Oxford Street is also one of the best places to visit in London.

Bond Street in Mayfair set in the West End of London is the home of most prestigious and elegant upmarket fashion brands.

The Ivy Chelsea Garden is a high end restaurant with modern British menus situated on King’s Road in Chelsea.

Located towards the eastern edge of Hyde Park in the City of Westminster, Mayfair is an upscale district of elegant Georgian townhouses, exclusive hotels, and gourmet restaurants.

Seven Dials is a road junction and neighborhood in the St Giles district of the London Borough of Camden, within the greater Covent Garden area in the West End of London. 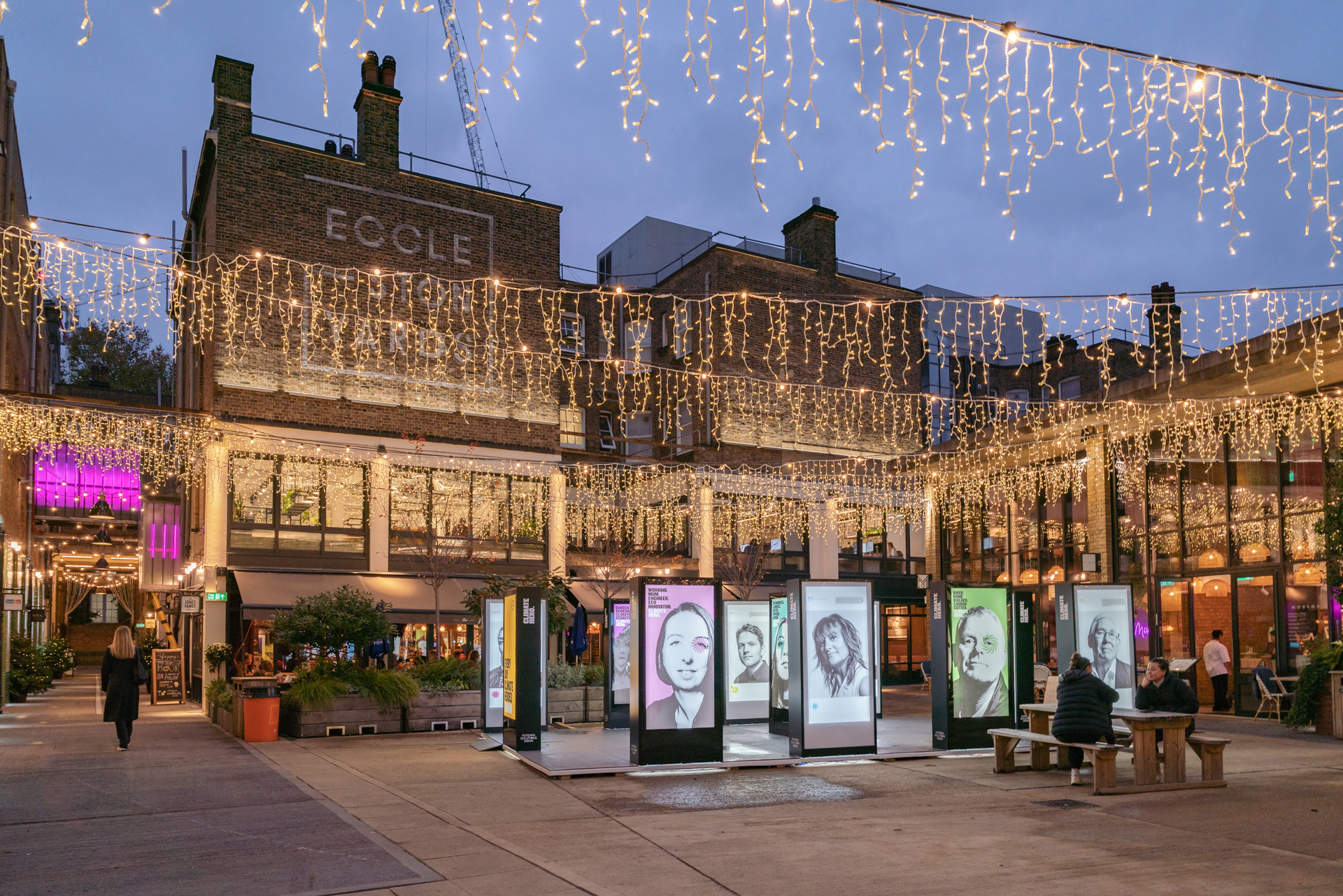 Belgravia is a district in Central London, covering parts of the areas of both the City of Westminster and the Royal Borough of Kensington and Chelsea.

The Churchill Arms is a public house at 119 Kensington Church Street on the corner of Campden Street, Notting Hill, London.